So, I’m working hard at the moment to complete the first draft of To Kill A Curse –  I know it’s late, but I’m getting there. In fact, I’m hoping to finish it THIS weekend. With the finale almost done, I’m starting to prepare for a few plugs here and there in the future. As a result, in September, Inside Evil and the rest of the series is going on tour! If you’d like to participate by posting on your blog or reviewing (yes, that’s right – there’s FREE books up for grabs) then please sign up using the form below. 🙂

If you’ve read the books already, then feel free to join. Alternatively, if you want to be involved but don’t have time to actually read the series, that’s no problem either – just opt out of reviewing.

Have a great weekend – I better get back to work!

I know, I’ve been banging on about it for weeks, but I can finally reveal that the new Inside Evil book is called New Alliances. This novel was an absolute blast to write. I loved getting back into Gathin, explaining some of the intricate details of the curse and the world where it came from and getting the gang back together. My editor is currently about 60% of the way through the work, so I’m hoping New Alliances will be published before the end of the month! Then there’ll only be one book left to write to wrap this series up! 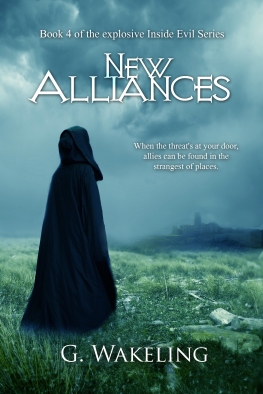 When Roberta was infected with a curse, she never realised the hidden world waiting for her. Ridgewood was a quiet and slumbering town, but it seemed there was a great menace waiting in every shadow. With the initial horror having been abated, Roberta’s cast back to another realm where it’s quickly apparent that forces of doppelgangers are waiting to break through to Earth.

But Roberta’s not alone, and there are many friends left behind who are still fighting. Whilst the gatekeepers fight to uncover secrets and develop a plan to protect themselves, new alliances are forged. And, with new and unexpected allegiances created, the protectors of Earth are finally realising that there’s more than one war being fought.

So, what’s next on my plate? I’ve now started work on the sequel to CRYO; Rise of the Immortals which also has a new cover and blurb – take a look. I left John and his escapees at a precarious point, and I’m eager to find out what their new world has in store for them. I’m going to write as many words as I can for NaNoWriMo and then finish it (hopefully) during December with the aim for a late Jan/early Feb release.

Then I’ll go straight back to Inside Evil to write the final tale to this series. I’m excited and quite sad about that – Inside Evil was the first book I ever wrote and it’s been with me for a LONG time. But it’s time to wrap everything up! So, lots to do!

EDIT – I forgot to mention; before the Inside Evil Book 5 release I’ll be offering a competition. I’m still drawing up the exact details, but prizes will include paperback copies of the series, ARC copies of the fifth book and the chance to get YOUR ideas into the pages of the final instalment.